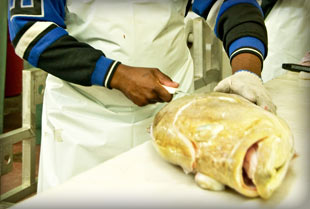 
The Blue Parrot began as a tiny beer and hot dog stand in the 1980's. At that time it was called S.O. Beach. New owners, being passionate Jimmy Buffet Fans, changed the name to The Blue Parrot. Steve Rash bought the Blue Parrot in 1996 and in less than a year Nic and Missy McCuen joined Steve as managing partners. Locals and visitors that loved the great seafood and beach atmosphere allowed Blue Parrot to expand 3 times in the following years.

The McCuen's had a successful decade at the Parrot and in 2006 retired and sold their interest to George Joanos. George is the managing partner of the Blue Parrot. He grew up in his fathers restaurant in Tallahassee. When he took over the family restaurant he moved it to north Tallahassee where he operated it for 10 years before coming to the Blue Parrot. Most mornings you can find George in the kitchen cutting our fresh local catch. When George is not on duty, chances are he is out on the bay catching whatever is swimming.

So please come to the Blue Parrot and enjoy some great local seafood, or have a cold drink and relax at the Tiki Bar while swapping fish tales with George. 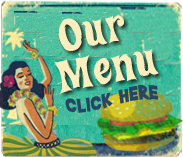 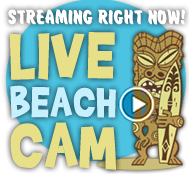